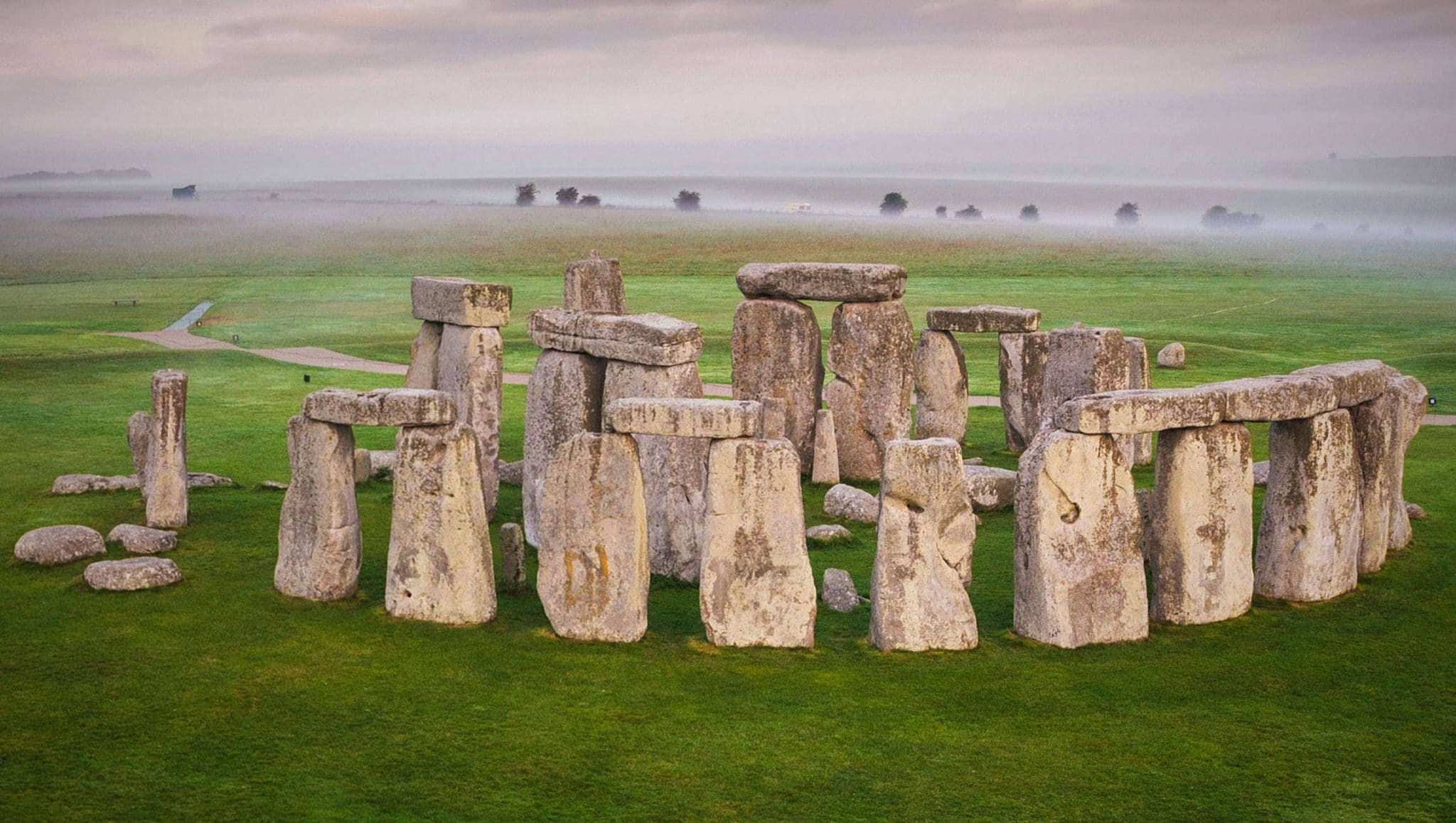 Stonehenge in the United Kingdom: Must-Know Information and Guide

When you’re planning to visit the UK, Stonehenge is an absolute must-see for you not only because of its amazing architectural structure but it is such a great place for spiritual healing.

Recognized as one of the Seven Wonders of the world, Stonehenge is an ideal place to recall prehistoric moments. It is only a 1.5-hour drive from central London so you can unwind start to end with the perfect road trip from central London in an extravagance transport. Or on the other hand why not make a stop in Stonehenge yourself when you have a trip to the UK?

With an English Heritage Pass or National Trust Sightseeing Pass, you can already have access to numerous heritage sites, which includes the mysterious ring of standing stones. This British cultural icon is surprisingly better, very close and well worth your time.

Today, there are almost 1 million visitors who come to see Stonehenge, a UNESCO World Heritage Site since 1986. It was known to be the most architecturally sophisticated prehistoric stone circle in the world.

Additionally, it was a burial ground and archeological site that is situated in Salisbury Plain, Wiltshire, England, two miles (3km) west of Amesbury. It was even built-in six phases during the transition from the Neolithic Period (New Stone Age) to the Bronze Age, somewhere between 3000 and 1520 BCE. Previously, it was a simple earthwork fenced-in area where prehistoric individuals buried cremated bodies of their dead.

Two kinds of stones were utilized at Stonehenge. One is the smaller bluestones and the other one is the larger sarsens. Many archeologists have believed that the bluestones were originally from the Preseli Hills in south-west Wales (140 miles), whereas, sarsens came from Marlborough Downs (20 miles away). Even ’till the present time, the precise method is as yet unclear, however, the stones were likely hauled over the land or carried to the site through water networks.

For most researchers, Stonehenge has remained to be such a mystery. The site goes back to 3000 BC and started as a cremation cemetery which you can in any case observe today by the ditches that surround the stones. Make a point to turn up your audio guide during your visit and discover the number of individuals was buried in this place. Great to know is that the spot everyone sees today was developed later on when the stones were erected by digging large holes to set them in place.

Did you know there are two kinds of stones at Stonehenge? The larger stones are pointing upwards and a kind of sandstone weighing around 25 tons with the largest stone, the Heel stone, weighing around 30 tons. The smaller stones at Stonehenge are recognized as the Bluestone, which originated from south-west Wales. They weigh somewhere between 2 and 5 tons each. It is still a continuous mystery about how the bluestones were transported to the site.

As indicated by one long-standing theory, Stonehenge’s builders formed and designed sleds and rollers out of tree trunks to haul the bluestones from the Preseli Hills. Afterward, they had moved the boulders onto pontoons and floated them first along the Welsh coast and then up the River Avon toward Salisbury Plain; on the other hand, with the usage of an armada vessel, perhaps, they towed each of the stones. Later theories have them transport the bluestones with the use of supersized wicker bins or combination use of long grooved planks, ball bearings, and teams of oxen.

Earlier in the 1970s, geologists have been adding their voices to the discussion over how Stonehenge appeared in its existence. Testing the exemplary image of industrious Neolithic builders carting, pushing,  rolling, or hauling the rugged bluestones from very distant Wales, several scientists have recommended that glaciers, not human beings, did most of the truly difficult work.

The globe is dabbed with very huge rocks known as glacial erratics that were over a long distance by moving ice floes. Maybe, Stonehenge’s mammoth slabs were grabbed from the Preseli Hills by glaciers during one of the Ice Ages and then deposited a stone’s thrown away—in any event nearly—from Salisbury Plain. Most archeologists have stayed cool toward the glacial hypothesis, in any case, thinking about how the forces of nature might have brought and delivered the specific number of stones that are needed to finish the circle.

How was Stonehenge built?

The primary task was to cut the stones into shape.  The ancient Britons hammered wedges of wood into cracks in the stone as archeologists have believed.

At that point, when the wood was already soaked in the water, it expanded and then split the stone. Next, the builders utilized hammers and chisels in order to shape them.

The stones were then moved to the structure site. They were likely being carried on rafts down rivers, and then, it was dragged overland by groups of men and oxen. It is a belief that the stones were set on goliath wooden sleds and pulled along the ground through the usage of log rollers.

Afterward, the builders would dig deep ditches for the stones. At that point, they pulled on ropes to raise them and packed the ditches with rocks to hold the stones set up.

There are so many beliefs and opinions spread on who originally built this tremendous, captivating site which even includes aliens to the lists. But, one of the most prevalent beliefs was that it was worked and built by the Druids. It was said that these high priests of the Celts built it purposely for sacrificial ceremonies. Stonehenge was first connected to the Druids by John Aubrey.

What was Stonehenge for?

For what reason did the ancient Britons build such a gigantic monument at Stonehenge? What precisely went on at this sacred site?

Several people think that Stonehenge was built to be used in studying the movements of the Sun and Moon. Others have believed that it was a place of spiritual healing for them.

Numerous experts have believed that Stonehenge was being used for funerals of the dead. They recommend that individuals had carried the dead along the River Avon, and afterward, they walked up to Stonehenge in such a grand procession. Every year’s most important funeral ceremony was possibly being held on Midwinter’s Night at Stonehenge.

Things to see and do in Stonehenge, UK

Upon your arrival, you can enjoy a stroll around the Stone Circle and discover more about the history behind its existence, the mastermind behind its engineering, and why it is considered by numerous people as a spiritual place of healing.

The visitor center anticipates another extraordinary vivid experience! Here you can see and experience an awesome audio-visual 360-degree view from inside the stones, a really magical experience for everyone, young and old. Outside the Visitor Center, you can admire and definitely love the traditional Neolithic houses and be able to see how people lived 4500 years ago. You can even step inside the house where you will get more details about the former occupant’s everyday activities, for example, making a rope out of rushes.

Next
Top 10 Most Romantic Places in the World (Updated 2021) 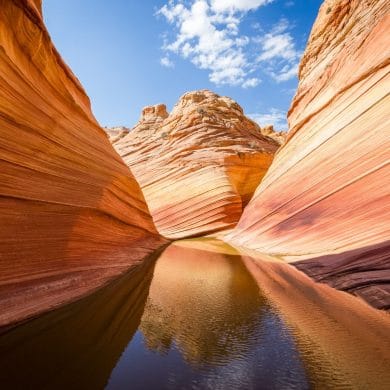 7 Most Fascinating Rock Formations in the World