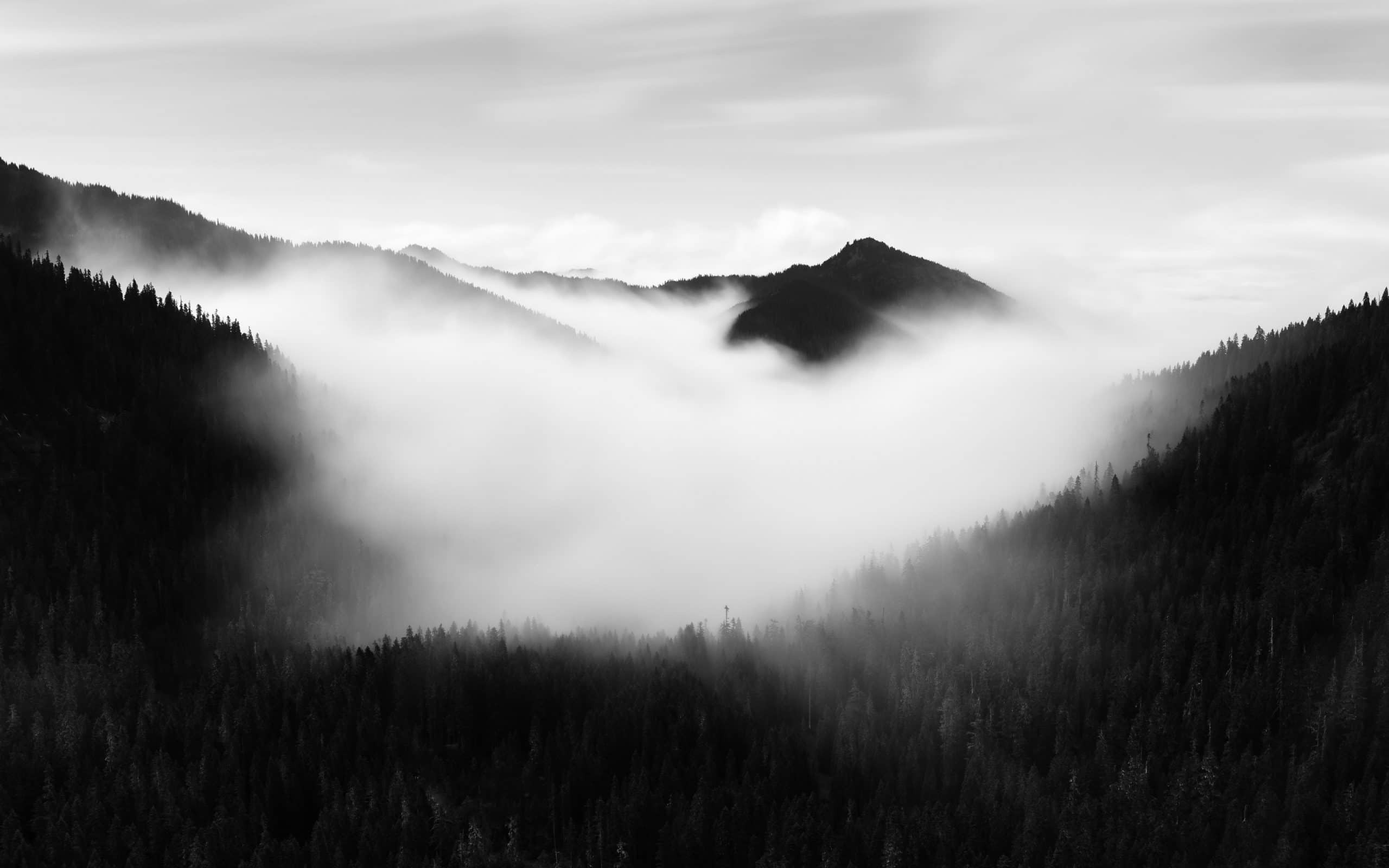 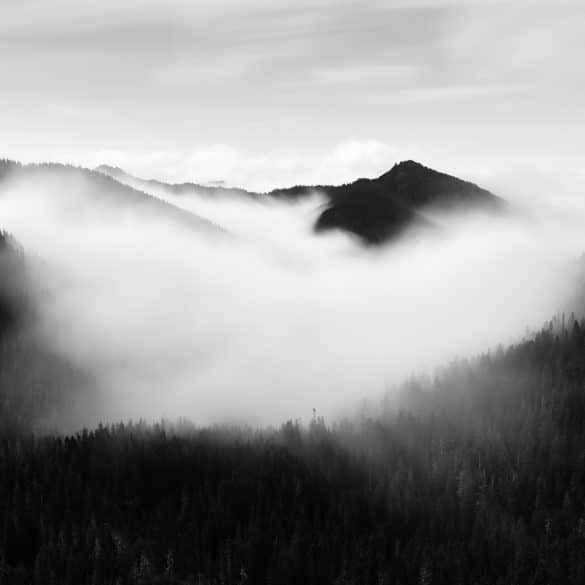 The world is a vast place where mysteries lie within. There are many sites that you can venture in the world that are obscure and hard to explain. These places are really puzzling that it excites your curiosity and you’d want to see it for yourself. Traveling isn’t just pure exploring. It is also discovering and acquiring knowledge, to a gain a better understanding of a part of the world. Sometimes, people get too used to the things they already know and starts to marvel the unsolved mysteries, unexplained wonders and enigmatic phenomena of the world. Well, who doesn’t love a good and exciting mystery?

Our planet is indeed a wondrous place that never ceases to amaze. The world’s mysterious places can be as baffling as they are beautiful. These spots are perfect for those who hunger for mysteries and loves to indulge in wonderful interests. Prepare to be amazed. Here are the top 10 most mysterious places in the world.

Theories as to why these vessels or travelers fall foul of its clutches abound, which range from supernatural activities to logical hypotheses. Although vessels manage to pass through the area with ease, there are still no answers to the mysteries behind the unexplained accidents. What do you think? Do you want to travel the place? There are also pretty amazing islands to wonder around the place, like the sun-splashed islands of Turks and Caicos beckoning in the south and the coves of Bermuda in the north. Just be sure to not disappear while you’re at it.

Found in the south of the unpronounceable city of Szczecin on Poland, the Crooked Forest makes it to the list. The mysteriously weird Polish forest lives up to its name. It has hundreds of whimsically wonky pine trees. In 1930, more than 400 pines were planted. These pines grew with an almost 90-degree bend at their base. Some people believe that a technique or human tool was actually used to make the trees curve. There are also some who speculates that a winter could have given the trees their interesting shape. There are a lot of theories trying to explain the mystery of the forest and until now, no one knows the real answer.

Travelers have been really amazed upon seeing the interesting bent pine trees. The Crooked Forest really is intriguing. So, what do you say? Do you want to travel to Poland and see for yourself? You might want to have a theory to explain the mystery too. Whatever is the truth, it’s still not found.

The Bran Castle is situated at the very heart of Romania, specifically in Transylvania, Romania. Of course, this is one of the most mysterious places on Earth. Also known as Dracula’s castle, this has become a famous tourist attraction. The castle soars from the forests. Its gorgeous intricate designs, historic architecture and beautiful staircases makes it an attraction. The eerie atmosphere, the mist-topped mountains and the clanging echo of church bells makes it spooky and mysterious. It is indeed a place that brings chills.

The castle is directly connected to Vlad, the Impaler. Vlad, the bloodthirsty ruler, is known for his gruesome implement techniques and inhumane torture.  Until now, mystery still shrouds the castle like an eerie dawn mist. If you are a fan of gothic, then this is the perfect place for you to visit. It is a creepy spot yet one would really want to see to place.

United States’ Area 51 also makes it to the list of the most mysterious places in the world. It is located in the midst of the Nevadan desert. This place is a magnet for conspiracy theorists. Area 51 is an Air Force facility surrounded by barren desert. This mysterious place has been kept top secret by the United States government and today, speculators and travellers think it could be anything from a public surveillance hub to a weather control station and even a time travel station.

Area 51 was also featured in Roland Emmerich’s alien-rich masterpiece in 1996, Independence Day. A lot of people tried to unveil the mystery behind the place, but did not succeed and has been considered as bluffs. Entering the place is strictly forbidden, so, you don’t want to put yourself in risk. Civilians can still explore the area around the base. However, humans as we are, we are really drawn to mysteries. Our minds are itching for answers. Area 51 could be a mystery now, but who knows in the future? Try searching more information about the place, you’d more curious than you are now.

The Easter Island is found in Chile. This isolated island in the Pacific Ocean was once populated by the Rapa Nui civilization. It is still a mystery as to why the ancient Polynesians carved and placed the statues across the island, though one recent theory hypothesizes that they were placed as markers of freshwater sources. Who knows? There are also over more than 880 of the so-called moai heads in the site. These heads are thought to represent the final member of one of the tribal family clans.

Until now, no one really knows how they managed to move the 40-foot-tall statues, which by the way weighs around 14 tonnes each, into place, or why they exist at all.  The bodies are buried to leave only the curious heads exposed.  Easter Island is now a UNESCO World Heritage Site. Ready to personally see the mysterious site? You will soak up the tropical sun on a gorgeous beach and stare into vacant eyes in one of the world’s most mysterious places. So, make sure to put this in your bucket lists.

This mysterious place can be found in England. The Stonehenge is a prehistoric monument from more than 5,000 years ago. It is a famous landmark with circle of rocks. This has since been United Kingdom’s most well-known and mysterious site. Historians, scientists, and even curious people are still baffled as to how its builders transported the monoliths 5,000 years ago. What is the purpose of the building? No one knows.

The Stonehenge is made with unique bluestone material that could only have been quarried from the Preseli Hills in Pembrokeshire, it could be found in some 200 miles away in Wales. There is a consensus that is was built as a sacred temple and burial ground. This site still oozed mystery and magic. Book a ticket to UK, and get ready to be blown-away by the awe-mazing beauty of this mysterious site.

Situated in Turkmenistan, “The Door to Hell” is a huge, gas-filled crater that’s been burning nonstop since it was lit by Soviet scientists way back 1971. The site is a gaping, fiery crater opened up in the desert of northern Turkmenistan. The Darvaza Crater is still burning today, and at night its glow can be seen from miles away. Geologists have set the area on fire to stop the spread of dangerous gases and unaware of how long the fire would burn. The gas reserve found in the place is one of the largest in the world. Its hotspots range over with a width of 60 meters to a depth of about 20 meters.

The Darvaza Crater’s surrounding area is also popular for wild desert camping. It is the stuff that you can probably see in your nightmares. But nonetheless, you would still want to see for yourself. The site is really intriguing. As curious as we are, we’d still want to go to the place even if it means seeing something mysterious and even scary for some. What do you think? Do you want to go or not?

Egypt’s Great Pyramid of Giza has been captivating mankind for thousands of years until now. It is one of the seven wonders of the ancient world that is still intact. The place continues to be one of the most visited tourist attractions on Earth. Visitors, scholars and even the netizens are still baffled by how the 455-foot-tall pyramid and its two neighbouring pyramids were created without modern tools. A lot of theories have been made. One theory asserts that they were constructed using wet sand and internal ramps. This site definitely make up one of the globe’s most recognisable sights.

This mysterious place will always be a source of wonder and bafflement. If you haven’t visited the great pyramids of Giza, then maybe you should start planning your trip to Egypt. It is the only one left standing of the seven wonders of the ancient world. You don’t want to hear a news of the pyramids not standing anymore and lose the chance to see it personally.

Island of the Dolls

Located in Mexico City, Mexico, the Island of the Dolls is included in our list. The spooky and mysterious place is specifically found in the canals of the Xochimilco neighborhood of Mexico City. It is called Isla de las Muñecas in Spanish. There is the legend that goes; the caretaker of the said island became haunted by guilt after he was unable to save a little girl who tragically drowned there for more than 50 years ago. The caretaker’s name was Julian Santana Barrera. It is said that he hung dolls around the island as a tribute until mysteriously drowning himself in the exact same spot that little girl did. The unsettling dolls with severed limbs, decapitated heads and empty eye sockets still remain there. People even claim that they can hear the dolls whispering to them.

It is also a Unesco World Heritage Site. It is definitely an eerie place. What do you say? Do you still want to book that ticket to Mexico City? It will require you great deal of courage to visit the place. Do you have the courage?

Found in Kromlau, Germany is the Devil’s Bridge. The name of the site is Rakotzbrücke. It is such a pretty name that it could perhaps more aptly be called fairy-tale bridge. The term “Devil’s Bridge”, comes from its supernatural associations. The looping structure forms a perfect circle with its watery reflection. You could really say that it’s a clever trick of engineering that some see as otherworldly. Due to its unusual design, it became a subject of fascination and stories. These stories vary widely depending on beliefs.

The famous parabolic bridge was commissioned in 1860. It’s definitely like in what you see in the fairy tales. The site itself is very beautiful but do you still want to go there considering its name is “Devil’s Bridge”? Still, the site is gorgeous that you might really want to see personally. There is no harm in trying.

These are indeed mysterious places. With your hunger for mystery, you probably have chosen a site or two to discover for yourself. The world is a vast place full of mystery and beauty. It’s up to you to experience it first-hand. However, do not ever forget to have memorable moments in these sites and also do not forget to acquire knowledge about these mysterious place. These are just 10 of the world’s mysterious places. There are still a lot out there that you might want to discover.

Subscribe to stay up to date and stay notified about exclusive offers and fashion tips.
More Stories 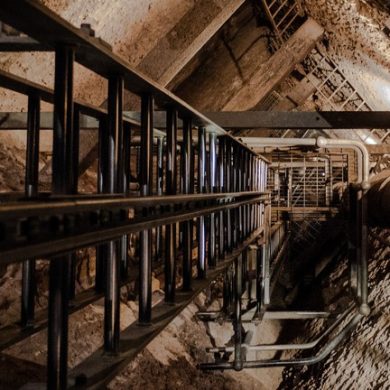 Top 10 Most Haunted Places
We use cookies to ensure that we give you the best experience on our website. If you continue to use this site we will assume that you are happy with it.OkNoPrivacy policy