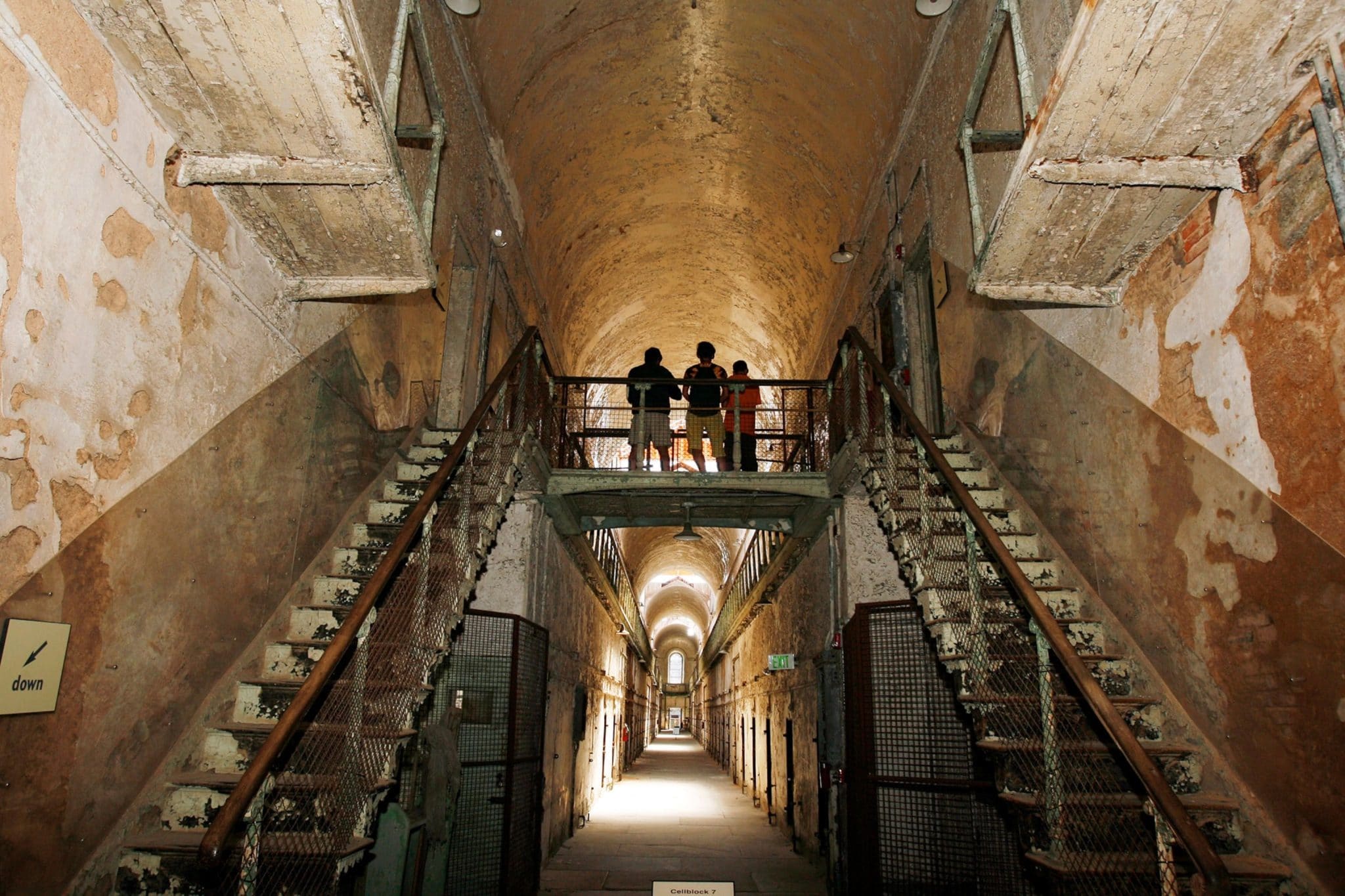 Many travelers around the world are driven by their fascination with the unknown. They would want to go and explore the haunted and the most bone-chilling corners of our world. These haunted places do not only give us the chills but also a deeper look into the history of past cultures in the world. From old prisons to abandoned asylums to creepy old houses, you will really get scared to your bones.

Most of the haunted places in the world are rooted in history, folklore, and fables. Sometimes, these are just lonely places with a violent or macabre past, said to be haunted by the tormented souls of those already departed. No one would want to stay in these places as you would probably never have a safe and lovely sleep in the night.

A haunted place is a place that is said to be frequented by a ghost or such. Places such as these have garnered a reputation for the supernatural or the uncanny. That is of course, regardless of their origin.

These haunted places attracted a devoted following of curious and brave adventure-seekers. The haunt is about to get real. Visit these places, if you dare. Here are the top 10 most haunted places within the world.

The place can be found in Brittany, France. The haunted place was built in the fourteenth and fifteenth centuries. The medieval castle overlooks a body of water in the village of Campénéac. The origin of Trécesson castle is lost within in the mists of time.

The family is documented since the 13th century and its first known representative was the knight Jean de Trécesson, whose grandson was Constable of Brittany in the 14th century. Tradition places the construction of the site at the end of the 14th century, but it is more probable that the castle, in its present position, dates from the 15th century.

Several legends are attached to the castle. The best-known legend is that of the Dames Blanches. From the legend, is it said that the castle is haunted by a woman.

The woman was buried alive on the property itself. Lurking around the Château de Trécesson was a thief. The legend also said that there had been two people spotted digging a hole. The two people who were spotted dragged a young woman who was dressed in a bridal gown. They threw her body into the hole.

The thief who was lurking around the castle has seen it. He ran home and told his wife about what he’d seen. The thief also claimed that he’d overheard the two people. He has heard them saying they’d buried the young woman alive for she had dishonored her family. The thief’s wife told him to run back and save the young woman.

However, when he has returned, the young bride was already dead. The private property is classified as a National Historic Monument. Its ghostly legend will give you the shivers.

The Casa Loma castle was built by businessman Sir Henry Pellatt in 1914 for his wife, Lady Mary Pellatt. The visitors and staff workers at the Casa Loma today report that they are seeing apparitions. They also reported that they are being touched by unseen figures. They are even hearing disembodied voices around the property of Casa Loma. Casa Loma is said to be haunted by ghosts.

The White Lady is one of these ghosts. The known ghost is believed to have been a maid on the Casa Loma in the early 1900s. There are also tunnels underneath the property.

There have been reports saying that guests have been speaking to and otherwise interacting with another ghost. Reports say that the formerly-alive person within the tunnel was the friend of Sir Henry, who was then hired to look after his horses.

There were also rumored sightings of Sir Henry and his wife Lady Mary themselves. Guests and workers even claim that they’ve spotted Sir Henry on the second floor glaring out of the windows.

They have also claimed that Sir Henry’s wife, Lady Mary, is turning off the cameras of those who have tried or is trying to capture a snapshot of her in the afterlife.

Monte Cristo Homestead is reputedly Australia’s most haunted house. There are a lot of stories about this place. One is that there’s the young child who was dropped down the stairs, the maid who fell from the balcony, or the stable boy who burned to death. There is another one, it is the ghost of the son of the caretaker who was found curled up next to the dead body of his mother and chained up for 40 years.

It was also the main target of mockumentary horror film “Muirhouse” in 2012. Currently, the house operates as a B&B, offering dinner followed by a ghost tour where you can learn all about its gruesome past. Those who dare can spend the night in the haunted homestead, do you dare?

The island is situated in Italy. Poveglia sits off the coast of northern Italy, near Venice. The island is known as the world’s most haunted island. The tiny island’s history is said to be the stuff of nightmares.

The island was a former quarantine station for over 160,000 plague victims. It’s a mental asylum where illegal experiments took place and a series of bloody battles.  The island is now completely abandoned. It is illegal to visit.

Many thrill-seeking travelers have heard screams. These travelers have also claimed that they have seen human bones wash up onshore. Half of the island’s soil is also said to composed of human ash. Now, it’s not allowed to be visited, but if it’s allowed, would you even dare?

USA’s infamous Winchester house located in San Jose, California. It was built by Sarah Winchester. There is a legend about the Winchester House.

From it, Sarah believed that her husband and her infant daughter died prematurely as payback from angry spirits. The angry spirits were said to be killed by the Winchester rifle. She has spent over 38 years trying to escape and confuse the vengeful ghosts. She was building staircases to nowhere and she also built secret passageways. She even sealed-off rooms.

Many tourists have seen doorknobs turn themselves. They have also heard footsteps in Sarah’s bedroom. Some also claimed that they had temporarily lost their vision while in the house. It is the place for those who want to experience eerie and spooky places.

Around the world, Romania’s forest has gained paranormal notoriety. The Hoia-Baciu Forest is even believed by some to be a portal that causes some of the visitors to disappear.

A military technician has once captured a photograph of a UFO that was said to be hovering over the forest in 1968. Travelers who have passed through the forest reportedly had rashes and feelings of anxiety. They were also said to have felt severe nausea.

The forest is known as the Bermuda Triangle of Transylvania. The forest’s spooky curved trees populate the forest adding to the eerie atmosphere. Added to the forest was a biking park. In the recent years, there were also added areas for sports like paintball, airsoft and archery.

A classic French Quarter beauty, the Sultan’s Place has classic wrought-iron balconies and a large courtyard. The residence was a house of horrors for the Sultan way back 1800s.

The Sultan was a wealthy man with a depraved lifestyle. He had multiple wives and children. He was said to also have a harem of women and young boys who were held against their will. The neighbors around have complained about the mysterious habits of the said man. The man or the Sultan had a predilection for partying, opium, and even torture.

However, the house’s greatest mystery was the Sultan’s demise. He was said to be buried alive in the courtyard. It was after his family and harem were hacked to pieces in a bloodbath. It was the deed of an unknown perpetrator. The angry Sultan’s spirit is thought to be responsible for the unusual noises and the loud music. The spirit was also said to be responsible for the strong incense smells that waft from the place.

The Ancient Ram Inn is situated on two ley lines. These ley lines are believed to have spiritual energy from Stonehenge. There were reports of a scene of a child sacrifice and devil-worshipping. Many have believed that the redirecting of water on the Ancient Ram property has caused a portal for dark energy to open up. This only means that many ghosts haunt the inn.

A high priestess has been spotted sitting on a bed, a centurion on horseback has been seen walking through the walls, the agonizing screams of a girl heard, a monk that is in the most haunted room and even a succubus is said to slip into the beds of visitors.

Despite being well known as one of the most haunted places in the world, documented on TV programs such as ‘Most Haunted’ and ‘Ghost Adventures’, the inn has changed hands several times in the past, making the owners difficult to track down. Still, many paranormal events are hosted at the inn.

In 1915 was when the very first ghost was spotted. The ghost was a tall gentleman. He was seen jumping off the one side of the castle walls. The Lady in Grey is another famous ghost. The ghost was said to be often seen running through the castle holding her face while crying hysterically. The ghost has not been seen since a woman’s body was found during excavations in the castle.

There were also two unexplained events in the castle. One was when the bell in the bell tower was ringing of its own accord. The second one is a black dog.

The Banff Springs Hotel is located in Alberta, Canada. The hotel was styled after a Scottish baronial castle. It is one of Canada’s great railway hotels. It is also reportedly one of the country’s most haunted buildings.

There was said to be a bride who fell down the staircase, and because of falling, she broke her neck. She fell down because she was panicking when her dress had caught fire. The bride is said to be often seen in the ballroom dancing. While dancing, there was flames coming from the back of her dress. A family were murdered in room 873. Room 873’s door has since been bricked up. However, the said murdered family can still be seen in the hallway outside the room.

Now part of the Fairmont chain of luxury hotels, the Ban Springs, also known as ‘The Castle in the Rockies’ still remains a landmark in the town of Ban, Alberta and remains a popular year-round resort. This could be the next spooky place you want might want to visit. 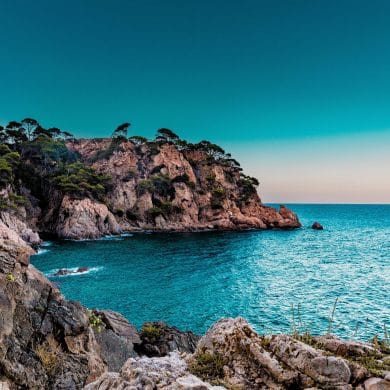