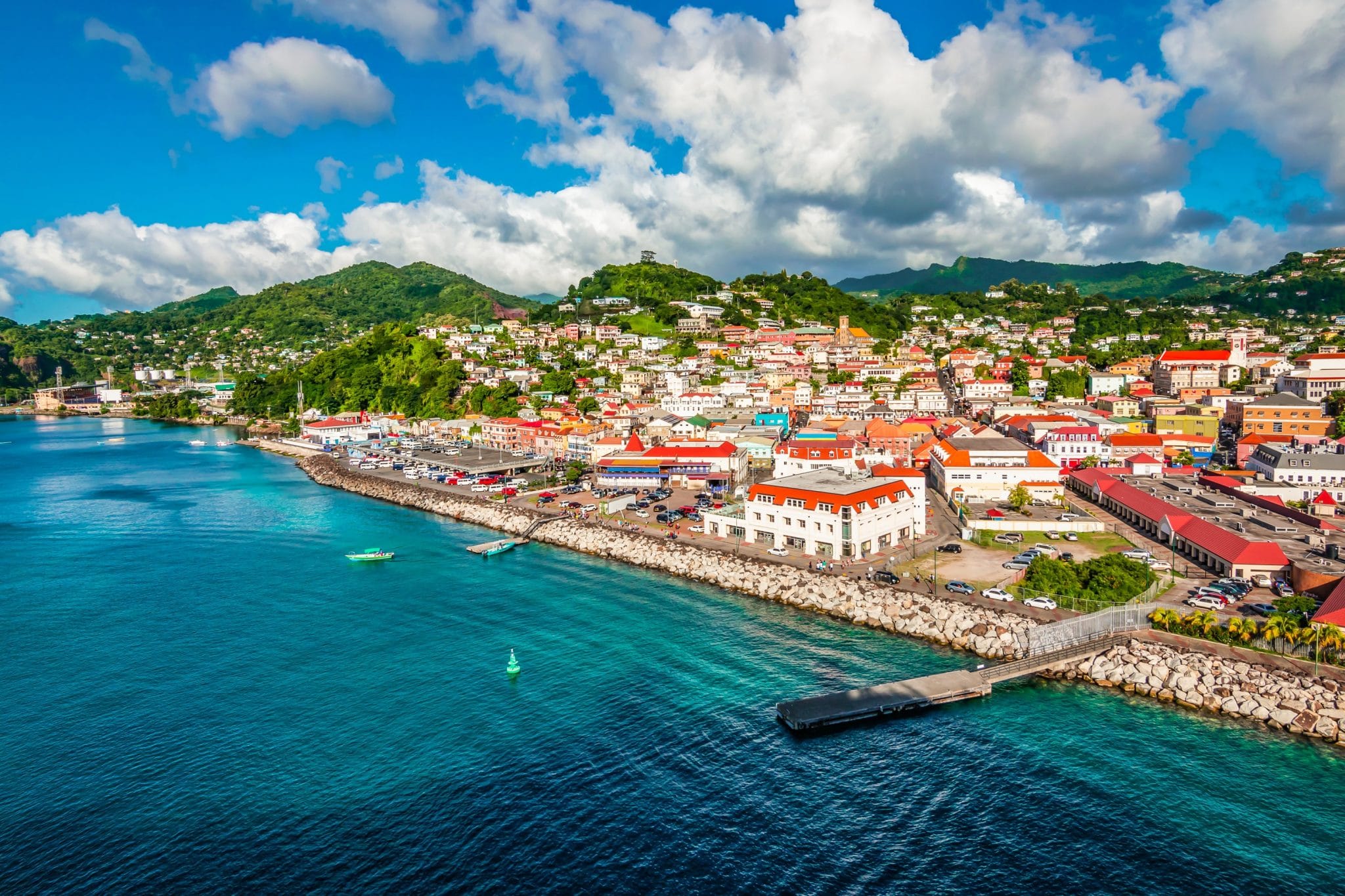 Best Places to Retire in the Caribbean

Retirement is the highly anticipated and most looked forward phase in every working individual’s life. As a working professional, humans are driven and inspired to work hard daily in order to prepare their future.

The mindset and thinking of every working professional is ladened heavily on the connotation that he or she is preparing both for a greener pasture and a brighter tomorrow, through the hard work, focus, determination and commitment that he or she exerts and pours out, through the career and line of work that he or she chose for a lifetime.

The Caribbean is both a dream destination and a prime place of selection for any retiree, who wants to enjoy the yester years of his or her life.

Aside from the scenic island setting and the promise of a lush paradise, the Caribbean is home to diverse countries that offer the prospective retiree a laid back feel from the gruesome realities of life which is brought by working and meeting its demands during his or her younger years.

This article is intended to showcase the top 7 best places to retire in the Caribbean. The intent of this article is to guide the prospective retiree as to where he or she can maximally and optimally enjoy, savor and make the most of his or her retirement, based on his or her decision, choice and preference.

The Dominican Republic is home to a wide variety of majestic resorts and magnificent beaches that are both eye-catchy and sun kissed.

The country has maintained its territorial image of being a leading tourist destination in the Caribbean.

In addition, the Dominican Republic is one of the top picks of prospective and incoming retirees as a relaxing place to live and retire into.

The nation features a distinctly unique package of  high-end real estate infrastructures, a serene line-up of beaches and a lifestyle that is both personalized and promising.

To continue with, if ever a retiree decides to apply for a legalized residency in the Dominican Republic, he or she must obtain personally, an outlook that is straightforward.

In relation to what has been said, if the retiree seeks to live a life that is secure and gated in a peaceful community with accessible amenities on hand, he or she must opt to live either in Casa de Campo, Cap Cana and Punta Cana.

On the contrary, if the goal of the retiree is to live in a quiet portion of the Dominican Republic that is near the beach, a good suggestion that he or she can consider is the Las Terrenas. The Las Terrenas is known as an ideal, simple tranquil beach town, which is situated in the northern coast of the country.

Belize is a nation that is both lustrous and beneficial in terms of its prime coastline that is encapsulated with white and chalk-like sand beaches.

Alongside with it, the nation offers its prospective retirees an array of property prices that are enticing  and has maintained an image of being one of the world’s top retirement destinations in the Caribbean.

To continue with, the government of Belize offers its citizens, as well as its prospective retirees their so-called   “Qualified Retired Persons Program” or the QRP, wherein this program, offers its qualified applicants and candidates, the legal right to retire in Belize and at the same time, prolong their stay in the country with the provision that they are duly registered participants to the respective program.

The QRP is indeed a beneficial program for its retirees as it aims to provide exemption to them, in terms of paying income-related taxes that underwent derivation outside of Belize and most importantly, on the importation of personal and household items that are relevantly duty-free.

As a heads up to every retiree who plans to spend their yester years in Belize, an option that he or she can opt for is the Ambergris Caye that is situated in the Caribbean Coast.

This portion of Belize is highly regarded as the most famous destination for retirement because of its prime offer of highly affordable real estate infrastructures as well as of its proximal location to the nation’s top of the line beaches and reefs.

Furthermore, prospective retirees will get to enjoy a bunch of activities in Belize, once their retirement has begun if they consider themselves as sea fanatics such as diving, snorkeling and relaxing in its world-class beaches and by the shores.

Moreover, if the retiree is looking forward to retiring in a part of Belize that is quiet and a certified laid back, the perfect place for him or her to settle down is the Placencia Peninsula which is located respectively, in the southern portion of the Ambergris Caye.

St. Lucia, specifically as an Eastern Caribbean Island, is worldly known for its appealing and dramatic scenery as an island. The island is equipped with a complete featured set of gold-standard sandy beaches, melodic waterfalls, green rainforests and a majestic creation of the worldly famous Pitons.

The Pitons are known geographically as St. Lucia’s volcanic twin spires that are naturally lustrous in emergence from a sea point of view.

The motivational instinct that leads prospective retirees to decide on spending their retirement in the naturally-gifted landscape scenery of St. Lucia is that its main attractions as an island are truly a breath of fresh air, in terms of how it impacts the prospective retirees in a laid back setting, in the Caribbean.

Retirees in general greatly consider St. Lucia as an island that is advantageous in terms of retirement, in the perspective of those who retire in the island.

As an island, it serves as a home to all types of hobbies which range from playing golf in its wide provision of golf courses, sailing, and most importantly for water sports.

Indeed, St. Lucia is a perfect place for retirement, most especially for sea lovers, due to its activities that are centered around the incorporation of water on a firsthand basis.

Lastly, in terms of applying for a legal residency in St. Lucia, a straightforward process is involved, as well as a guiding provision of obtaining citizenship by the means of investment.

St. Kitts and Nevis is worldly known as a twin-island federation that is situated in the Caribbean. This twin-island is a highly-considered place for retirement for prospective retirees who aim to make the most of their yester years in a luxurious and enjoyable manner.

An infusion and blend of the old world charm and of contemporary society is a promised feature of this twin-island to any individual who wishes to retire here, as it offers a wide array of options for the soon to be retiree.

St. Kitts and Nevis offers the following tripart benefits to its retirees as a full featured package as follows: First, an enticing tax environment that includes no income tax, no capital gains and no inheritance tax; Second, a top of the line real estate choice of infrastructure; and Third, a program that is centered on establishing a long term citizenship by means of investment for its prospective retirees who dream to enjoy their retirement in the twin- island.

The heart and soul of this program is to provide a smooth-sailing path of directionality that will assure the retirees of St. Kitts and Nevis that they are in good hands as they age, through the efforts of the island’s national government and federation.

Lastly, a promising lifestyle awaits the retiree that is both tranquil and rejuvenating, as cascaded in the natural beauty of the twin-island as a whole.

Panama is a nation that has attained a growing image and reputation of being a favored destination for retirement by retirees alike.

The best feature that Panama offers to its prospective retirees is its systematically established retiree residency program wherein discounts in terms of travel, entertainment and most importantly, healthcare is given and granted to the nation’s retirees.

Retirees who aim to enjoy their yester years and at the same time, appreciate the bustling life of the city will definitely appreciate the cosmopolitan capital of the country, which is Panama City.

On the other hand, retirees who long to live on with their yester years optimally and by the beach will definitely enjoy the scenic Bocas Del Toro of Panama. This portion of the country is specifically situated in the archipelago of the nation’s Caribbean coast.

In addition, Panama is also the home of stunningly beautiful beaches, amazing reefs and lushy rainforests, and with that, a great implication of such is implied by the Bocas Del Toro.

Aside from being tropical as a place, Bocas Del Toro also serves as a gateway and escapade that will allow any working individual and retiree alike to whisk away, just to escape the buzzing bustles of life, in a short period of time.

Furthermore, retirees can also consider settling down for his or her retirement in the beach town of Pedasi. Pedasi is situated in Los Santos, Azuero Peninsula, Panama.

Roatan is worldly known as a tiny island that is located specifically in the Bay Islands, in the off coast of Honduras, in the western part of the Caribbean Sea.

The approximate size of the island in terms of land area is about a rough estimate of 30 square miles.

A retiree who envisions himself or herself retiring in Roatan is definitely making a great move of realizing the beauty of the Caribbean Dream.

Roatan is globally considered as the epitome of the ideal Caribbean vision of every individual and retiree alike because of its three distinct characteristics as an island which is: unspoiled, laid back, charming and welcoming.

As a process, the legal attainment of a residence permit in Roatan is definitely simple, property prices are truly catchy and most importantly, the cost of daily living is both low and affordable. This makes Roatan as a place that is absolutely cheap wherein one could prefer to retire soon.

Puerto Vallarta, Mexico should never be missed, in terms of featuring the best places to live in the Caribbean.

This infamous place of the world is located in the heart of Mexico’s Pacific Coast which is sometimes mistakenly known by everyone to be located in the Caribbean Coast.

The blended inclusion and infused beauty of art galleries, cafes, restaurants, shops and beaches in Puerto Vallarta plays a great portrayal of contribution on why some retirees prefer to enjoy their retirement in this part of Mexico.

In a local and native’s perspective, the city offers a wondrous lifestyle with a plentiful to-do-list and in itself, can be grasped easily as it promotes reachable access originating from the West Coast portion of the United States of America and of Canada.

An additive feature of Puerto Vallarta Mexico is that, aside from the fact that the cost of living in the place is low, the medical care quality that it offers to its retirees is of high optimum and caliber.

These 7 best places to retire in Caribbean are only highly suggested by the writer of this article, in a laid back perspective of thinking. At the end of the day, it is still up to the preference of the soon to be retiree as to where he or she will enjoy the retirement phase of life at its fullest. 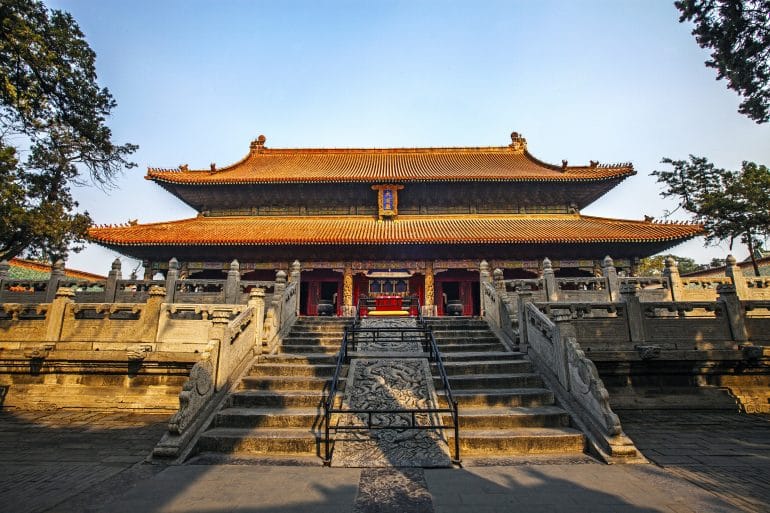 Previous
Jamaica vs. The Bahamas

Next
Best Natural Hot Springs in the United States 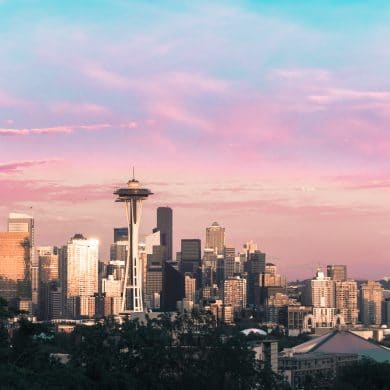 Top 10 Places to Visit in the U.S.
We use cookies to ensure that we give you the best experience on our website. If you continue to use this site we will assume that you are happy with it.OkNoPrivacy policy