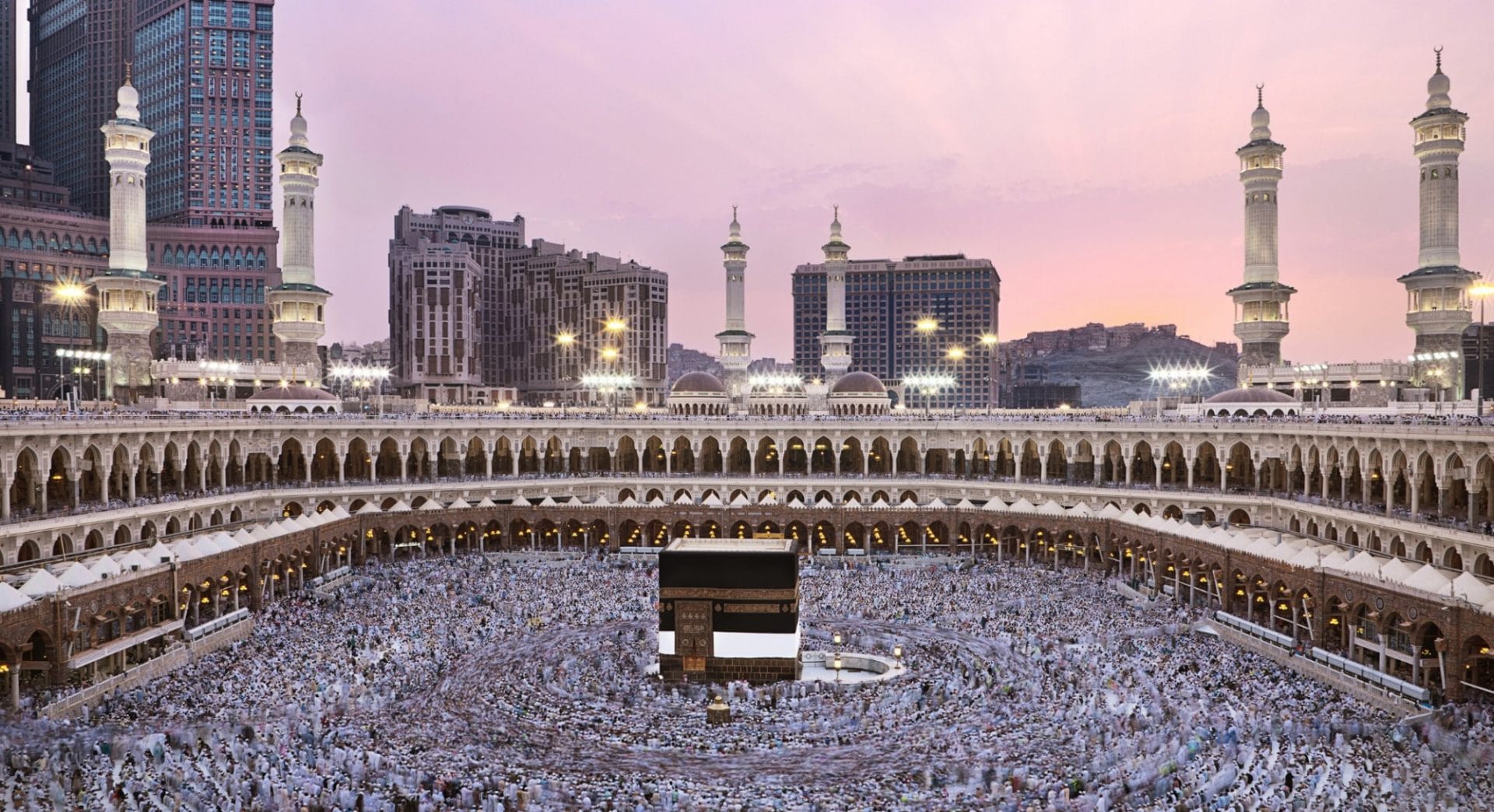 The Great Mosque of Mecca in Saudi Arabia: Must-Know Information and Guide

The Great Mosque of Mecca is recognized as the holiest shrine in Islam. Every year, it receives millions of worshippers from around the world as it is one of the destinations of the hajj as well as ʿumrah pilgrimages. The oldest part of this modern structure was dated up to the sixteenth century. It is a site of several pilgrimage rituals and composes a rectangular center yard encompassed by covered prayer areas. For pilgrims to perform the ritual circumambulation of the Kaʿbah, known as the ṭawāf, they use the courtyard to do the said activity.

The English word “mosque” signifies a Muslim house of worship. The word developed from the Arabic expression masjid, which signifies “place of prostration.” During prayers, Muslims quickly kneel and then touch their forehead to the ground as an indication of submission (literally, as Islam) to the will of God.

The Great Mosque of Mecca, also known as The Grand Mosque of Makkah, is surrounded by Islam’s considered holiest place, the Kaaba, which is located in the city of Mecca, Hejaz, Saudi Arabia.

Performing Hajj is considered as one of the Five Pillars of Islam which every Muslim is required to do, one of the largest yearly gatherings of individuals in the world, at least once in the course of their life if able to do as such, including Tawaf of the Kaaba. Additionally, it is the principal phase for the Umrah, which is the lesser pilgrimage that can be embraced and undertaken any season.

There are three wooden pillars inside the Kaaba, which work in holding its roof. According to Saudi Press Agency ( SPA), every column measures around 150 cm, with a square engraved wooden base. The Kaaba is covered with mostly white marble, while inscriptions are used as decorations on the walls. It is also covered with a pink-red silk drape with the Shahada written on it alongside several names of God.

In 1397 AH, reconstruction was done for the Great Mosque during the rule of King Khalid bin Abdul Aziz. Being said, it was paved with marble stones with beautiful metal lanterns hanging on its walls. During the reign of the Custodian of the Two Holy Mosques King Fahd Bin Abdul Aziz, the Kaaba experienced such great care for launching such great restoration work, which was viewed as a comprehensive revolution that has not occurred since 1040 AH. Even the lanterns on the walls were cleaned and gotten back to its former place.

Moreover, around Prophet Ibrahim Black Stone’s entrance, a barrier was made. This Black Stone is situated in the south-eastern corner of the Kaaba from the outside. And the beginning as well as the ending point of the Tawaf. It raised about 1.5 meters from the ground and a frame of pure silver surrounded it.

The Black Stone, Station of Abraham, Well of Zamzam, and Safa and Mafa are the other significant sites for Islam and a must-visit site for pilgrims. Regardless of date and time, these sites are always open to every pilgrim and visitor. It has gone under significant renovations by different sultans, caliphs, and rulers, and it is presently heavily influenced by the Custodian of the Two Holy Mosques.

During the continuous extensions of the Holy Mosque, the Zamzam always received such constant attention from the leadership of the Kingdom of Saudi Arabia. The King Abdullah bin Abdulaziz Project for Sakia Zamzam was the most recent project, which took a radical change as well as a qualitative leap.

In addition, the shrine of Prophet Ibrahim was one of the features of al-Masjid al-Haram or Grand Mosque. It is situated in the Kaaba and has a crystalline appearance with numerous virtues, including that it is a sapphire from heaven and was referenced in the Quran. The stone was raised by the Prophet when constructing the Kaaba with the assistance of his son Ismail, rotating around the Kaaba (Tawaf) until he completed the four walls.

The Origin of the Mosque

The Prophet Muhammad’s original house located in Medina (in present-day Saudi Arabia) is believed to be the first-ever mosque and most likely served as a model for early mosque design. It was a mud-brick structure with living quarters on one side of an encased rectangular yard. A porch that is covered with palm branches is included on the side of the courtyard which faces the qibla, or the direction of the prayer, for the fact that Muhammad would always gather at his home for prayer. This way, it offers shelter from the blistering desert sun. Many early mosques, as well as most of the later mosques, are all located in Arab lands.

Mecca’s history dives deep down in time, where it was set up before the birth of prophet Ismael who alongside his father, prophet Ibrahim, set up the foundation of the Kaaba, after Ibrahim had constructed the Kaaba, an angel brought to him the Black Stone, to turn into a holy place for Adam’s children to live around it until it was wrecked by the flood during prophet Noah’s time, turning the area into a dry valley, and surrounded with rocky mountains.

At that time, people began to move to the valley and live in it after Zamzam water existed, which sprang from the desert land, when prophet Ibrahim abandoned his wife named Hajer as well as his son named Ismail, to follow God’s revelations.

Fundamental Architectural Elements of a Mosque

The fundamental architectural elements of a mosque include:

The qibla is where the direction of Muslims face when they’re praying toward the Kaaba in Mecca.  The qibla wall is a wall in a mosque that faces Mecca.

A niche in the qibla wall showing the direction of Mecca is known as the mihrab. When talking about its significance, typically, it is the most ornate part of a mosque. Always been decorated and frequently embellished with inscriptions from the sacred book of the Qur’an.

The minbar is a pulpit as a flight of stairs on which the prayer leader (imam) stands while conveying a sermon after Friday prayer. The pulpit is commonly arranged to one side ( right side)  of the mihrab and is frequently made of intricately stone or carved wood.

A minaret is a tall tower appended or adjacent to a mosque. It is being designed to use so the call to prayer, being issued from mosques five times each day, can be heard loudly and clearly all through a town or city. On the other hand, the call might be produced or made using the rooftop or entrance and is currently frequently projected with the help of microphones and speakers. It is likewise a visual symbol of the presence of Islam.

Most courtyards of Mosques (Sahn) contain a public fountain, where devotees can perform ablutions, the ritual washing of the hands, feet, and face that is needed and required before the prayer will start. In the arid lands of Arabia, water is respected as a blessing from God, and fountains additionally have symbolic importance, implying the four rivers of Paradise as mentioned in the Qur’an.

Furthermore, Mosques reflect what are the needs and sizes of every person. Muslim communities, as all of the members together prayed and worship on Fridays in this sacred place. Historically speaking, mosques have been used as the center of education as well as intelligent life.

Previous
The Parthenon in Athens, Greece: Must-Know Information and Guide

Next
Sistine Chapel in Italy: Must-Know Information and Guide 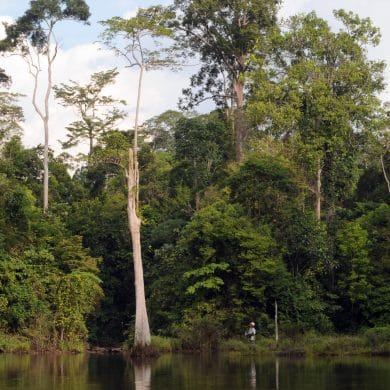