If you are interested in religion and history and looking for a particular site to visit, Mount Zion is definitely an ideal place for you to go as it offers a few unique sights that are located in proximity to one another. It is recognized as an important place for Christians, Jews, and Muslims, holds significant constructions dating from the twentieth century just as the compound built by the Crusaders, denoting the spot of King David’s tomb and the Room of the Last Supper as well.

Mount Zion stands at 2,533 feet and is mentioned in the Bible as where Yahweh, the God of Israel, dwelt (found in Isaiah 8:18; Psalm 74:2), where He is King (Isaiah 24:23) and where he has set up his ruler, David (Psalm 2:6). The time that the ark was finally placed in the tabernacle, Zion then became well-known for two reasons; both the ark of God and the throne of the king were there. The ark speaks of worship as well as God’s glory, while the throne speaks of authority.

In history, it is one of the main significant places for Yahweh.  Zion is an area in the Hebrew Bible utilized as a synonym for Jerusalem and even called metaphorically as the heavenly Jerusalem, God’s sacred, and eternal city in the new testament. In Biblical references, Rashi distinguished the area as the source of “euphoria or happiness” as referenced in the Psalm as the Temple Courtyard, the place of atonement offerings in the northern part of the Temple complex.

For certain scholars, the name likewise had a place with the “stronghold of Zion” taken by David (2 Samuel 5:7), which may have been believed as the fortress of the city. Jacob Pinkerfeld, a renowned archeologist, interpreted and further explained in 1951 that David’s tomb or the lower portion of the Mt. Zion structures were the remains of  a synagogue which, he concluded, had later been utilized as a Jewish-Christian church. Zion stood out from Babylon. As similar to Zion, both a spiritual and a profound place, Babylon is its inverse as it was depicted as a real place that has a symbolic, spiritual counterpart as the persecutor of God’s kin and a city of evil that was found in Revelation 18:1-24.

Moreover, Mount Zion is an expansive low hill adjacent to the south side of the Old City of Jerusalem. It connects seamlessly with the Armenian Quarter of the Old City by means of the Zion Gate. For many years the mount has had religious noteworthiness. Mt. Zion played such a significant role in the Bible and Second Temple Jerusalem (516 BC-70 AD).

In the Hebrew Bible, the name Zion was utilized to depict the City of David, Temple Mount, and Jerusalem. Throughout the long years, Zion has been the symbol of the Holy Land as a whole and Jerusalem in particular.

Mount Zion lies outside the current Old City walls that were worked around 500 years back under Suleiman the Magnificent. According to the legend about its existence, when the Sultan heard that the site of David’s Tomb had not been incorporated inside the city walls he had the architects executed.

It is being said that there are two Muslim graves located nearby the Jaffa Gate that are said to be recognized as graves of the two luckless architects.

Aside from visiting Mount Zion, every visitor can also go and visit east along the wall of the Old City, taking in the remnants of the City of David, the monumental tombs of Kidron Valley just as various noteworthy places at the Mount of Olives close by.

In between the year of 1948 and 1967, when Jerusalem’s Old City was under the rule of Jordanian, the nearest that Israelis could go to the Temple Mount was Mount Zion, a hill simply located outside the walls on the southern end part of the Old City. Since then, the hill has been called Mount Zion since in the Middle Ages, despite the fact that Jewish sacred text refers to the Temple Mount by a similar name.

Interestingly enough, legend has it that Sultan Suleiman the Magnificent at first implied for Mount Zion to be inside the walls of the Old City. Nonetheless, the Turkish engineers who were the ones planning the restoration of the walls coincidentally left Mount Zion and King David’s Tomb outside the walls, which ended up prompting the livid sultan to execute them.

King David’s Tomb, the Room of the Last Supper, the Chamber of the Holocaust, and the Protestant Cemetery are other significant landmarks and sites that can be seen on Mount Zion. Additionally, Oskar Schindler is said to be buried here as a righteous gentile, and the Dormition Abbey is situated here as well.

Mount Zion’s role in the Christian and Hebrew religious traditions has procured its incredible significance. One of the sites that can be wandered on Mount Zion is David’s Tomb, where King David is believed to be buried. His cenotaph is housed in a little room on the entrance level of a structure. On the upper level of a similar building is a room that was believed to be the place where Jesus had his Last Supper.

According to records, this room was built during the twelfth century and has the usual Gothic vault ceiling. The Cenacle or Upper Room of the Last Supper was all at once a mosque that is dedicated to the Prophet David (Nebi Daoud). You can even now see the minaret above the building; a prayer niche (mihrab) and Koran sections on the stained glass windows.

Today, the room visited by every tourist or pilgrim is already a structure as evidenced by the architecture. The traditional tomb of David was located on the first floor, below this room.

Based on the studies, it is recognized as one of the biggest structures on Mount Zion was the Byzantine-time Hagia Zion Church which believed that the Dormition Abbey stood today. The abbey stands where Mary is thought to have died.

It is popular as crowning the summit of modern Mount Zion. This complex was built at the beginning of 1900 by Kaiser Wilhelm II, as a response to a request to have a German Catholic church in the city. It was built following the Kaiser’s support for the construction of the Lutheran Church of the Redeemer in 1898.

The Church of St. Peter in Gallicantu is located on the eastern slope of the hill of Mt. Zion. The church was built on the site where Jesus was detained and brought before the High Priest Caiaphas after he was arrested by the Romans. Once you visit this place, you’ll see a rooster weather vane placed on the roof of the church; this remembers how Peter denied Jesus three times before the roster crowd.

On Mount Zion, you’ll be able to a small memorial that is dedicated to the victims of the Holocaust. Another Mount Zion exhibition hall is being dedicated to Israeli sculptor, David Palombo himself. You can visit the Protestant graveyard on Mt. Zion and the Catholic graveyard where Oscar Schindler is said to be buried. Shindler spared 1,200 Jews during the Holocaust.

Next
The Parthenon in Athens, Greece: Must-Know Information and Guide 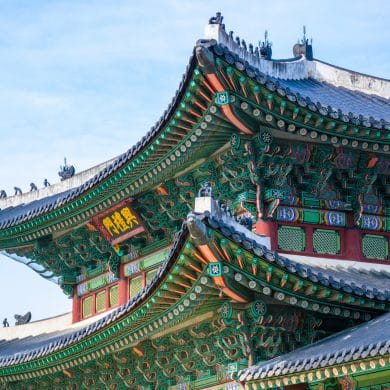