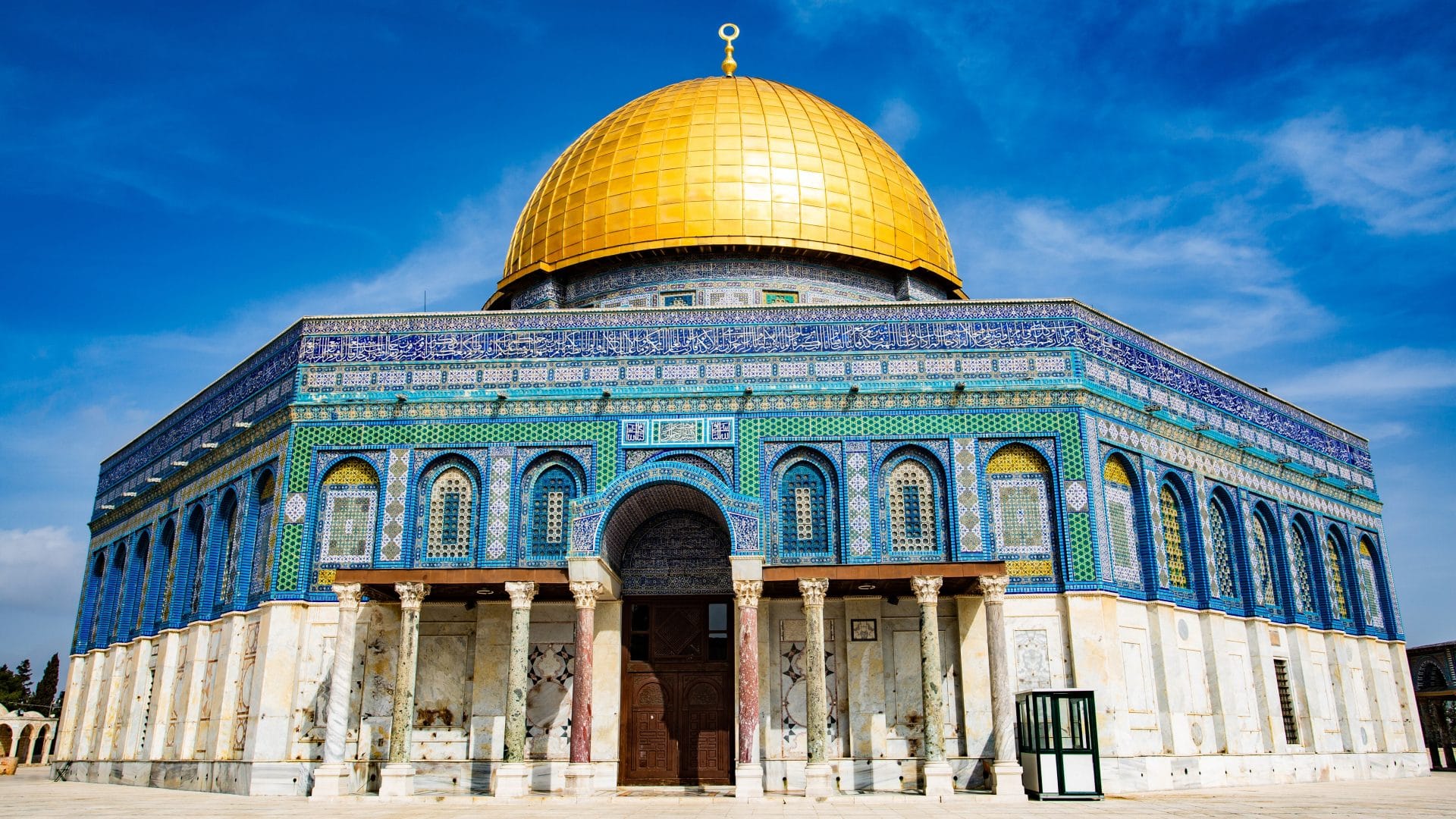 Western Wall, also known as Wailing Wall and is “Ha-Kotel Ha-Maʿaravi” in Hebrew, in the old city of Jerusalem, is a holy place for prayer as well as pilgrimage to the Jewish people. Every year, thousands of people visit the wall and recite their prayers. These prayers are either written down or spoken and put in the cracks of the wall.

The wall is partitioned into two sections, one specific area for men and the other areas for females. It is considered as one of the significant features in any visit through the Old City.

This wall is one of the four supporting walls of Temple Mount that stayed intact after the destruction of the said Second Temple. It is at present viewed as around 2,038 years of age and is 488 meters in length.

Before, the Western Wall rose to a height of 60 meters while today, its most noteworthy and highest point comes to up to 40 meters. It is believed to be situated over the bedrock of the eastern hill of Jerusalem ( also known as Mt. Moriah).

There are remains of four old entryways that can be found along the Western Wall. Several of these were named after Jerusalem researchers and scholars of the nineteenth century, such as; Barclay’s Gate, Robinson’s Arch, the gate over Wilson’s Arch, and Warren’s Gate.

Setting notes in the walls has been polished for a long while now and was traced to the Midrash teaches that the Divine Presence has never been moved from the Western Wall alongside the Kabbalistic teaching that all prayers ascended to Heaven through the Temple Mount.

While most individuals who pray in this sacred place are Jewish, it is as yet possible for everyone of any faith to approach and pray at the wall.

About the Western Wall

In 20 BCE, King Herod built the Western Wall during the development of the Second Temple. At the point, when the Romans obliterated the temple in 70 CE, the support wall had survived. For many years, people have been praying in a small area that could be seen.

In 1967, following the Six-Day War, Israelis burrowed beneath the ground of the wall, uncovering two more levels. They likewise cleared the area around the wall to build the Western Wall Plaza that every visitor and pilgrim see today.

The site is open and available to all people who want to visit and is the place of different ceremonies, for instance, bar mitzvahs and military inductions. The Western Wall is free and is open the entire day, all year. Men and women ought to be dressed modestly in the Western Wall Plaza.

To pray in the walls, men should cover their heads and women should have their shoulders and legs covered.

What every visitor and pilgrim see of the Western Wall today is just a little piece of what existed during the Second Temple Period. Archeologists have revealed layers of the wall underground through long periods of excavation.

With a guided visit, visitors and pilgrims can stroll through areas of this original, unique, unrestored site that goes back to the primary century C.E.

Every tour is given in English and Hebrew. During August, tours are likewise given in French. Guests might be permitted to enter with a ticket, which incorporates a guide.

What is Temple Mount?

The Temple Mount is pertaining to the elevated plaza over the Western Wall in Jerusalem. It is the site of both Judaism’s ancient temples. The site is additionally the third holiest in Islam (after Mecca and Medina) and has been a point of inter-religious tensions for quite a long time.

As of now, the site is under the rule of Israeli yet is managed by the Muslim Waqf (religious trust). Jews and other non-Muslims are allowed to visit, yet Jewish prayer is forbidden in the holy place — a provision since quite a while ago contested by few Israeli Jews who contradict Muslim control over the site.

Violence has erupted at the site on various occasions, and sometimes during times of raised tensions.

Why is the Temple Mount holy to Jews?

The Temple Mount, also called in Hebrew as Har Habayit, is traditionally supposed to be where Abraham exhibited his utmost devotion to God by taking his son Isaac to be sacrificed. It is also the site of both old Jewish temples.

The first, which was built by King Solomon, was destroyed by the Babylonians way back in 586 BCE. In the 6th century, the second temple was built, which stood for almost 600 years before it was obliterated and the Jewish people were exiled in 70 CE by the Roman Empire.

Jews keep on grieving the said destruction on the fast day of Tisha B’Av. As per Jewish custom, a third temple will be built on the site during the messianic age.

Why is the Temple Mount sacred to Muslims?

The Temple Mount is being called to Muslims as the Haram al-Sharif (the Noble Sanctuary) and, as indicated by Islamic custom, is the site of Muhammad’s ascent to Heaven in the seventh century.

Today, the mount is home to the Al-Aqsa Mosque, the third holiest site in Islam, and the gold-beat Dome of the Rock, one of the most well-known symbols of Jerusalem.

Are Jews allowed to visit the mount?

Yes, they’re allowed. However, traditional Jewish law has been perceived to bar passage to the site. Jewish tradition regards the passage to the Holy of Holies, the deepest sanctum of the temple where God’s presence dwells, as it is strictly forbidden, and thus, Jews customarily didn’t enter the Temple Mount at all inspired by a fear of stepping on the holy ground. ( Even at present, the precise location of the Holy of Holies is still unknown.)

Despite the fact that several people have challenged this ruling, in 2015, there are groups of renowned Israeli rabbis, including both the Ashkenazi and Sephardic chief rabbis, repeated a previous religious order that “no man nor woman should go to the entire area of the Temple Mount.”

The Western Wall is the nearest site to the mount, where Jewish people are traditionally allowed to pray.

Although everyone may have accessed toTemple Mount, the entry to the Dome of the Rock is still being restricted to Muslim people. Despite the fact that there are various gates to get to the site, non-Muslims must enter through the Mughrabi Gate, situated close to the Western Wall court.

Israeli security controls the entry’s focus. At moments of raised tensions, Israel has at times closed the site to guests, including Muslim worshippers.

Why are some of the Israeli Jews pushing for much greater access to the said site?

Efforts to make sure about Jewish prayer rights at the Temple Mount have picked up a foothold as of late, in spite of the standard rabbinic opinion that Jews ought not to walk there.

Many rabbis have given opposite rulings, saying that prayer band visitation ought to be allowed, and by certain estimates, the number of Jewish visitors and pilgrims has unfathomably increased. Among the most renowned activists is Yehuda Glick, an American-born rabbi and current member of the Israeli Knesset.

Glick is the main figure in endeavors to make sure about Jewish prayer rights on the mount, outlining his campaign in the language of civil rights. In 2014, he endured a death attempt by a suspected member of Islamic Jihad.

Next
Mount Zion in Jerusalem: Must-Know Information and Guide 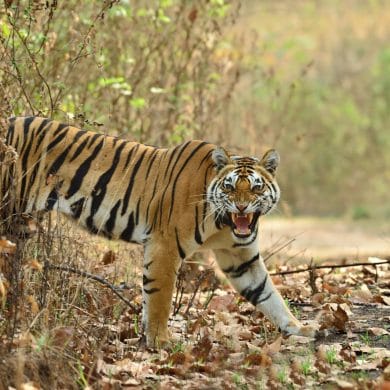